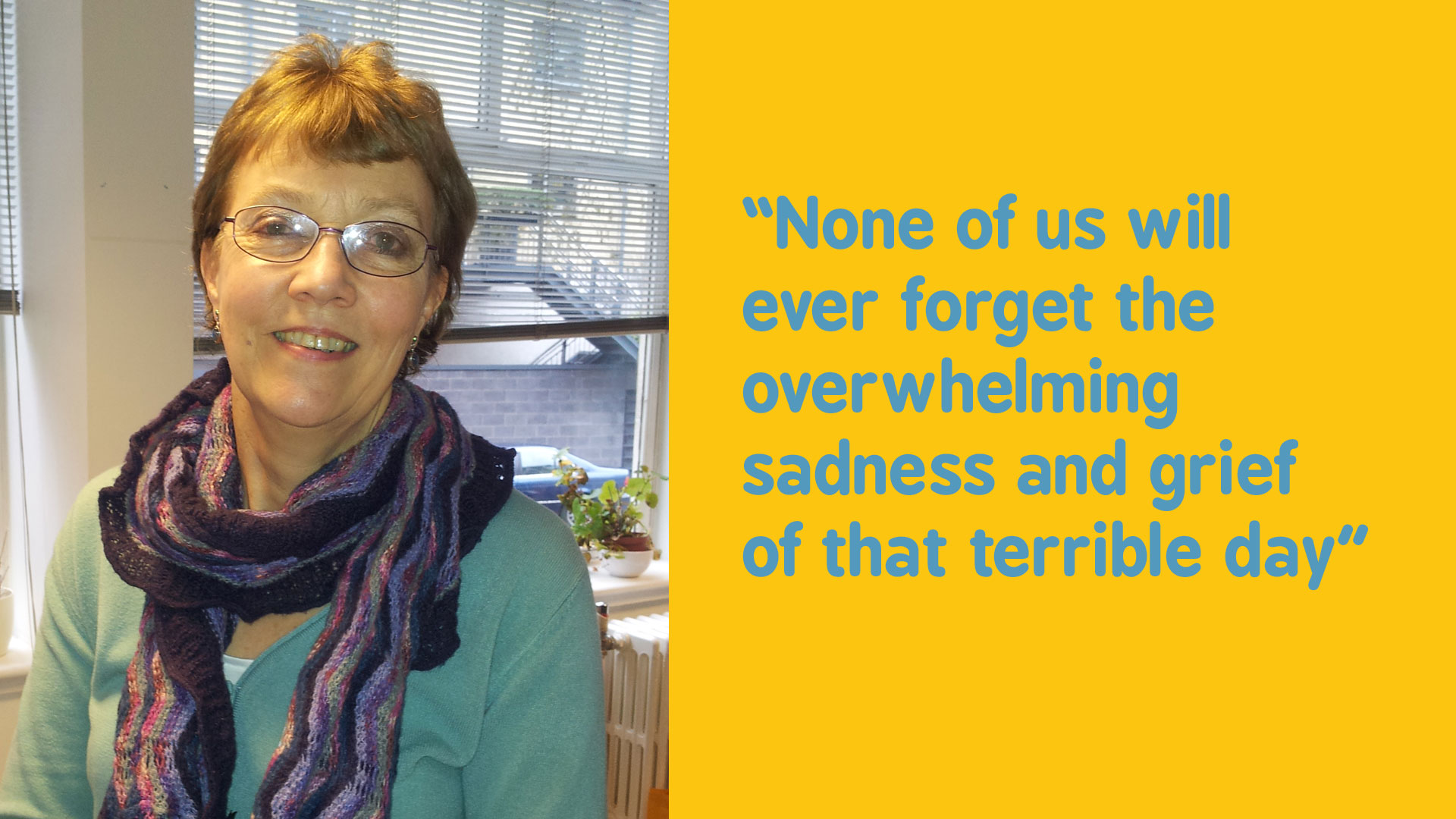 The weekend in April was supposed to be a turning point – 6 weeks after my Father died,  we went to Cardiff with my husband’s male voice choir for a weekend in a hotel with concerts and time to rest and relax. But, sadly, it was not to be.

Early on Sunday morning, 19th April, our son in law, Paul, telephoned to tell us that their beloved son, Edward Thomas, aged 6 months and 5 days had died; a victim of cot death.  Life for any of us would never be the same again.

Liz and Paul had taken Edward to Kidderminster to stay with old friends and neighbours. Edward was found in their cot when Liz went in to him in the morning. At the time we knew little about cot death, except that most occur before the age of 6 months and in the winter – Edward should have been safe.

As devastated grandparents and desperate to support and comfort our daughter and son in law, we found ourselves stuck in Cardiff with no transport (we had travelled there in the choir coach) and no possibility of public transport or even hiring a car in Wales on a Sunday morning.  Thankfully, one of the basses in the choir did have a car and very kindly drove us to Worcester Royal Infirmary where Liz, Paul and Edward had been taken. Shortly after our arrival we were joined by Liz’s three sisters and Paul’s parents. The Choir was left to look after and comfort my poor Mother, aged 86, and see that she arrived home safely.

What do I remember from this dreadful time? None of us will ever forget the overwhelming sadness and grief of that terrible day, the feeling of utter hopelessness and that life could never, ever, be the same again. Would we – could we – ever be happy again? How would poor Liz and Paul get through the next hours and days, never mind the rest of their lives? The sound of their keening cries will haunt me for ever. The hospital did what they could – a Priest arrived and blessed Edward, we were allowed to stay in a private room for as long as we wanted, and we were encouraged to hold Edward if we wanted. They took hand and foot prints and photos of him which, one day, we might be strong enough to look at. They provided medication to help Liz to sleep – but what can anyone really do to help at this time?

We have all grown emotionally through this tragic experience and, as a family, we have become involved with The Lullaby Trust in an attempt to understand what we can about sudden infant death

As grandparents, we were doubly grieving – for the loss of our precious third grandson and for our beloved daughter. It is a parent’s job to comfort one’s children in times of sadness and grief – but what could we do? Nothing could bring Edward back and nothing could ever fill the hole that his short life had left in our family. We talked and talked and took it in turns to sit up with Liz at night when she couldn’t sleep – without the family holding together, things would have been even worse. The ripples from this tragedy affected us all, and continue to do so today.

So where are we now, five years later? Thankfully, Liz and Paul now have two happy and healthy children – Barnaby Edward (his name means son of consolation) who is 3 and Sarah Rose Mary (Sarah means sister) who is one. Edward is missed every single day and more so still at family gatherings and celebrations. He is constantly mentioned and included in family photos by the presence of a rose or gerbera. Liz has had three children but only two in this world to look after and watch grow and develop.

But we are happy again, most of the time. We have all grown emotionally through this tragic experience and, as a family, we have become involved with The Lullaby Trust in an attempt to understand what we can about sudden infant death, and to help other families who are going through what we did. Two of our other daughters have volunteered to be Befrienders, and I have become a Grandmother Befriender in the hope that we can offer some support and consolation to others. It is a small step which can make a huge difference.

The CONI Scheme (Care of Next Infant) proved invaluable both to Liz and to her sister, Catherine, in their subsequent pregnancies, giving reassurance that their babies were developing as they should.

Just knowing that The Lullaby Trust is there, with someone at the end of the phone who understands and can empathise, can be the lifeline that makes all the difference.