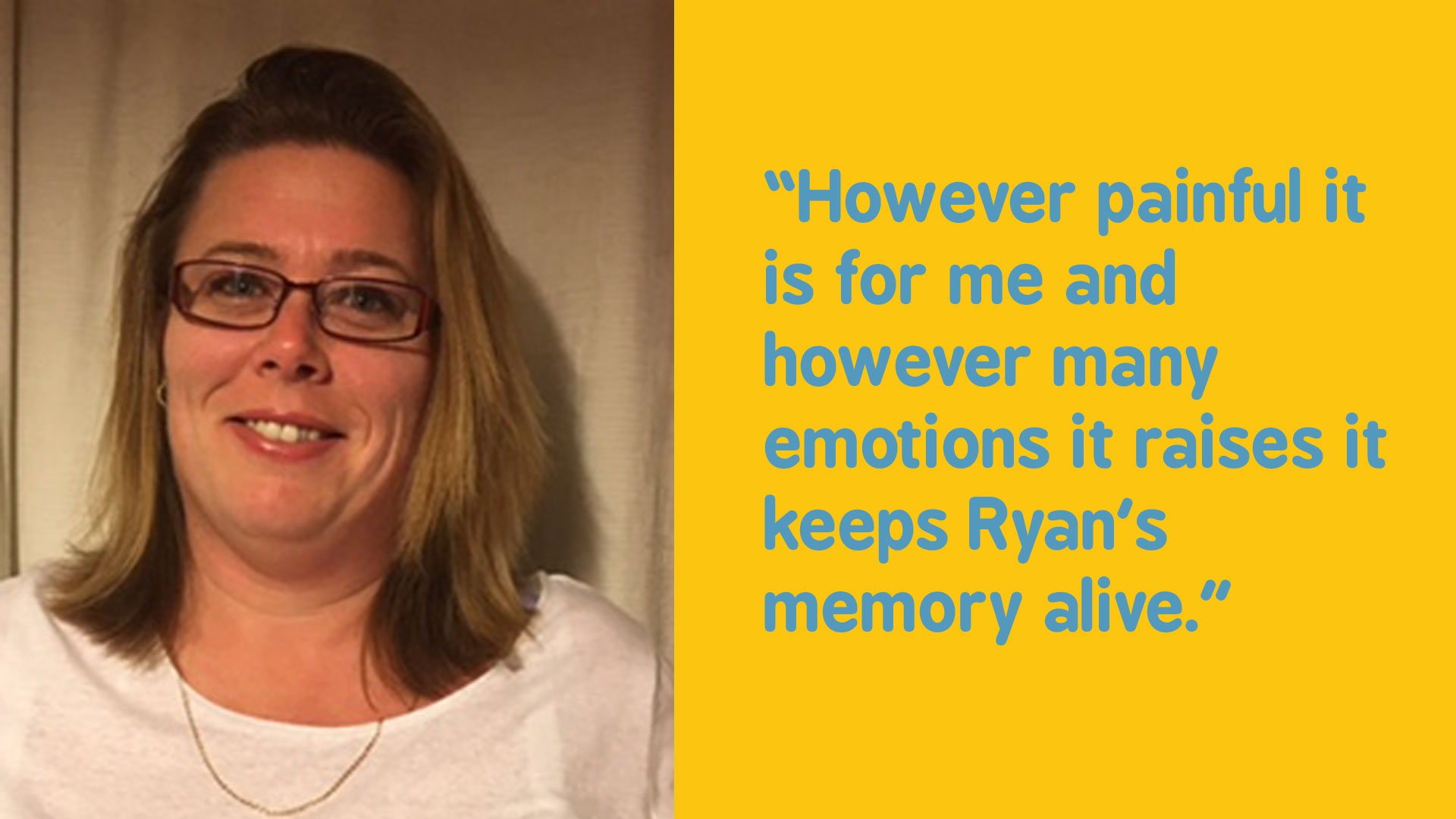 In November 2000 I gave birth to my first baby, a beautiful baby boy named Ryan. I loved being a mum and looked forward to my son’s milestones growing up with his first Christmas only a few weeks away.

Mid December, just four and a half weeks later, my world fell apart when my son passed away overnight for no reason.

Although my close friends and family were supportive, no one knew exactly how I was feeling. The ‘what ifs’ were endless.

I contacted The Lullaby Trust the following February. The lady on the end of the phone was lovely, I could say exactly how I was feeling, I didn’t have to worry about upsetting anyone else or hold back from my feelings of utter despair.

I was put in contact with a befriender and several years later decided to become one myself. I did the training and a few months after I had to make my first call: a lady who had lost a baby girl. To say I was nervous was a understatement! After over an hour on the phone I felt empowered, upset and proud all rolled into one. You never forget your first call.

If by reading my story it makes people stop and think, it’s helped

Over the years I have befriended numerous people- some just one call, others several calls. Everybody is different. I’ve attended numerous family days organised by The Lullaby Trust as a befriender. It’s so worthwhile and if I can just be there for someone to talk to for however long they need and it helps them then it’s been a success.

I’ve gone on to have three more beautiful children but if people ask I say I have four. Even though he’s no longer here, Ryan is a part of our family and always will be.

Lots of people have asked why I still do it, all the befriending, fundraising, raising awareness. It’s because however painful it is for me and however many emotions it raises it keeps Ryan’s memory alive.

Safer Sleep Week raises awareness and highlights things that can be done to help reduce risks so if by reading my story it makes people stop and think, it’s helped.