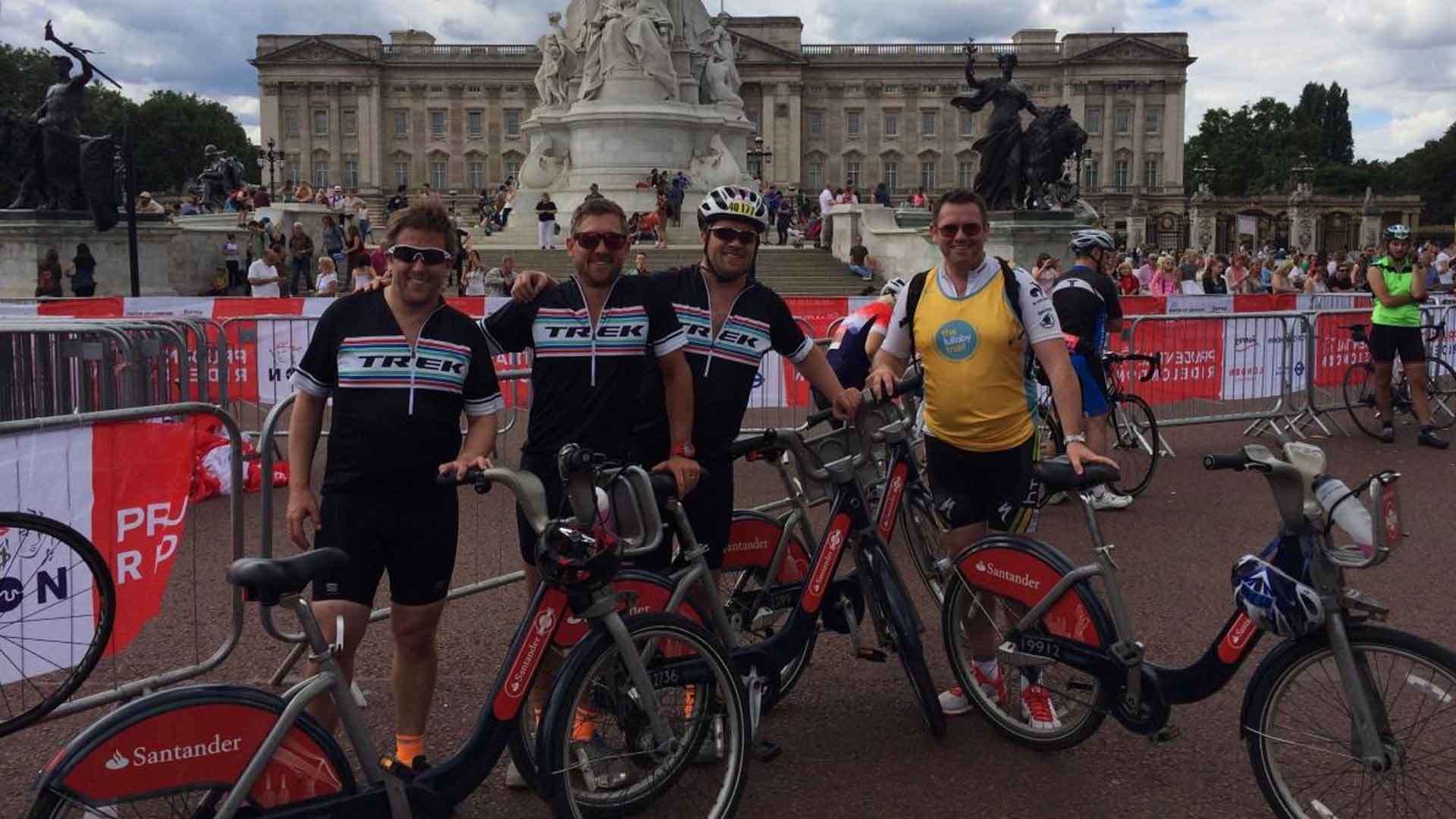 Tim Hurst, an HR Manager for Global Marine Systems, a subsea engineering company based  in Chelmsford  and his teammates Jamie Chatterton, Matt Radmore and Joe Radmore travelled  to Islington where they spent the night prior to the event.

When they woke on Sunday morning, they discovered that all of their cycling gear had been stolen.

Hurst, who was cycling in aid of The Lullaby Trust, a charity that supports bereaved families affected by Sudden Infant Death Syndrome (SIDS), says:

‘We had been training for several months for RideLondon, so we were really excited about finally taking part. It was particularly important for me as I was raising money for The Lullaby Trust, a charity which is close to my heart since the tragic loss of my nephew Finley last year. My brother and sister in law have been helped and comforted immeasurably by The Lullaby Trust.

‘When we found the garage empty we were all devastated. None of us were sure what we could do,’ continues Hurst. ‘But then we got the idea to go out and search for Boris Bikes! We eventually managed to find some at the Santander Cycles stand in Shoreditch park, which only had five bikes remaining,’

By the time the team reached the starting point, the 100 mile riders had already left, and the 46 mile ride was just about to start. Luckily, RideLondon marshalls were able to offer the group a place in the 46 mile ride, which they accepted.

‘It was tough completing RideLondon on a Santander Cycle, but the feeling of completing the challenge for such great causes made it all worthwhile, I was driven on by the memory of Finley and the generosity of our sponsors,’ Hurst adds.

Hurst and his teammates completed RideLondon in 3 hours, raising a total of £2,700 for The Lullaby Trust and Hospiscare.

Paul Cowperthwaite, TfL’s General Manager of Santander Cycles, said: ‘We’re really pleased that our Santander Cycles were able to come to the rescue and enable this group to raise a brilliant sum of money for charity during RideLondon last weekend. This is the nature of our cycle hire scheme, to let people be able to grab a bike, go on their journey, and simply dock it back. In congratulations to Joe, Jamie, Matt and Tim on a fantastic effort we will do our bit and refund the cost of their hire charges.’