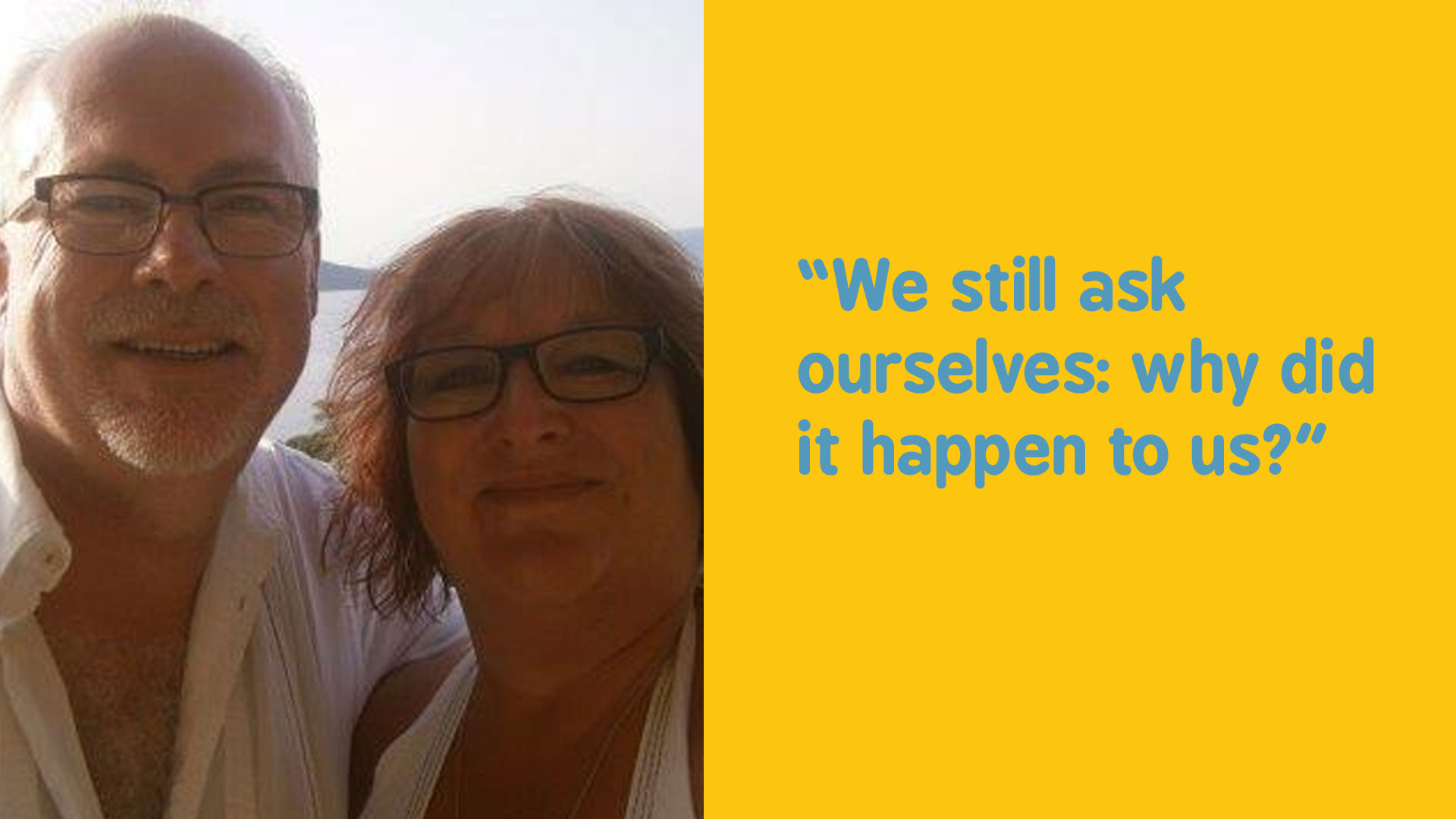 Sam was born on 26 August 1987 at 11.20pm; He was our first baby and both our parent’s first grandchild. When he was born I was also offered a new job that gave us a better salary, company car and the opportunity to move back to our home town, to be near our family in Clacton. We moved back on 18 December. On Christmas day the three of us visited our parents so that Sam could open his presents. Despite offers from them to stay for Christmas lunch we decided to go back to our flat and be our own little family.

Back at home we cooked lunch and fed Sam. Sam was then put in his pram about twenty five feet from us at 3pm. We sat down and ate and watched Eastenders. Alison got up at 3.45pm to take the plates to the kitchen and check on Sam, but she found him lifeless and blue. He had been lying on his front covered by a duvet – all the things we now know we shouldn’t have done.

We grabbed him and ran down to the car. Alison drove whilst I frantically tried to remember how to give mouth to mouth from the posters on the walls of the Orsett hospital where Sam was born. It was cold and wet and I hadn’t put any shoes on, so as I went into the hospital I remember protecting Sam’s head in case I fell on the shiny floor.

Christmas Day is never going to be the same

At the hospital they took Sam and put him on a respiratory unit. They fed us cups of tea and contacted our family. The duty doctor came into us after twenty minutes and told us that Sam was dead. The three nurses who were in the middle of their Christmas party came over to cuddle us, but I only wanted to be with my dad, who I wasn’t particularly close to at the time (but am now,) and Ali wanted to be with her mum.

A policeman interviewed us straight away while still at the hospital. He was an older policeman, who kept his coat on to keep his uniform covered up. He was very considerate and understood our grief. That was the only contact we had from the police and we later found out that there were only two policemen on duty that night and the other couldn’t come because he was the father of our best friend, and he knew he couldn’t cope with seeing us.

Our health visitor managed to get a contact for us and we were given a Lullaby Trust Befriender*. She helped Alison a lot, but I felt closed in by women, and only understood what was going on when we finally went to our first meeting with the FSID (now Lullaby Trust) Colchester group.

Sam’s funeral was on 7 January 1988, two weeks after he died. The sun was shining, but it was bitterly cold. The funeral was held at the church where we had been married. We didn’t realise we had so many friends as it was packed. Sam was buried with the blue dog we had bought him and we tried to get back to normal.

Ali fell pregnant after three months and the baby was due on New Year’s day in 1989. We didn’t want him arriving on Christmas Day 1988 a year after Sam died so Ali was induced and Luke was born on 22 December 1988.

On Christmas Day, Ali stayed at home, and I took Luke to the cemetery to meet Sam. We now have Luke, Jake and Kris. We have been actively involved in The Lullaby Trust, both becoming chairperson of the Colchester group, before it closed. Ali and her mum went trekking in Jordan in 1999 and Steve ran the London marathon in 2006.

Christmas Day is never going to be the same, always special to remember Sam, but for the sake of our boys we make it as good as we can. Whatever we are doing on that day, we both stop and look at the clock at a quarter to four, the time we found Sam. It is now 23 years since Sam died, and we have three great boys but we still ask ourselves “why did it happen to us”?

*A befriender is a bereaved parent, grandparent or sibling who offers support via phone or email and is coordinated by The Lullaby Trust.