The Lullaby Trust would like to say a huge thank you to everyone who supported our Safer Sleep Week campaign last month. It was our biggest Safer Sleep Week yet and we couldn’t have done it without your help!

Our focus for the 2017 campaign was on the ABCs of safer sleep. We chose this theme after a survey that we commissioned found that there is still uncertainty surrounding some of the key aspects of safer sleep advice.

To address this, we wanted to make sure that everyone who cares for a young baby understands the simple steps they can take to reduce the risk of SIDS.

Safer Sleep Week was covered in the media throughout the UK, with Sky News, BBC News, ITV News, The Guardian and Huffington Post just some of the outlets helping to spread awareness.

We received an enthusiastic response on social media from members of the public and health care professionals. Overall, our Safer Sleep Week Twitter posts were retweeted 1,200 times, including 678 retweets for our new ABC’s of Safer Sleep GIFs. Tweets mentioning the campaign’s official hashtag reached an incredible 3.6 million users!

Numerous MPs published blog posts on their websites to make their constituents aware of the campaign and we also received their support on social media with 18 MPs publicising Safer Sleep Week to their Twitter followers including Antoinette Sandbach, Will Quince and Jeremy Hunt.

Safer Sleep events were held up and down the country during the week: charity bake sales and coffee mornings were held in support of Safer Sleep week in hospitals and children’s centres. Supporters even held their own pyjama days in honour of Safer Sleep Week! 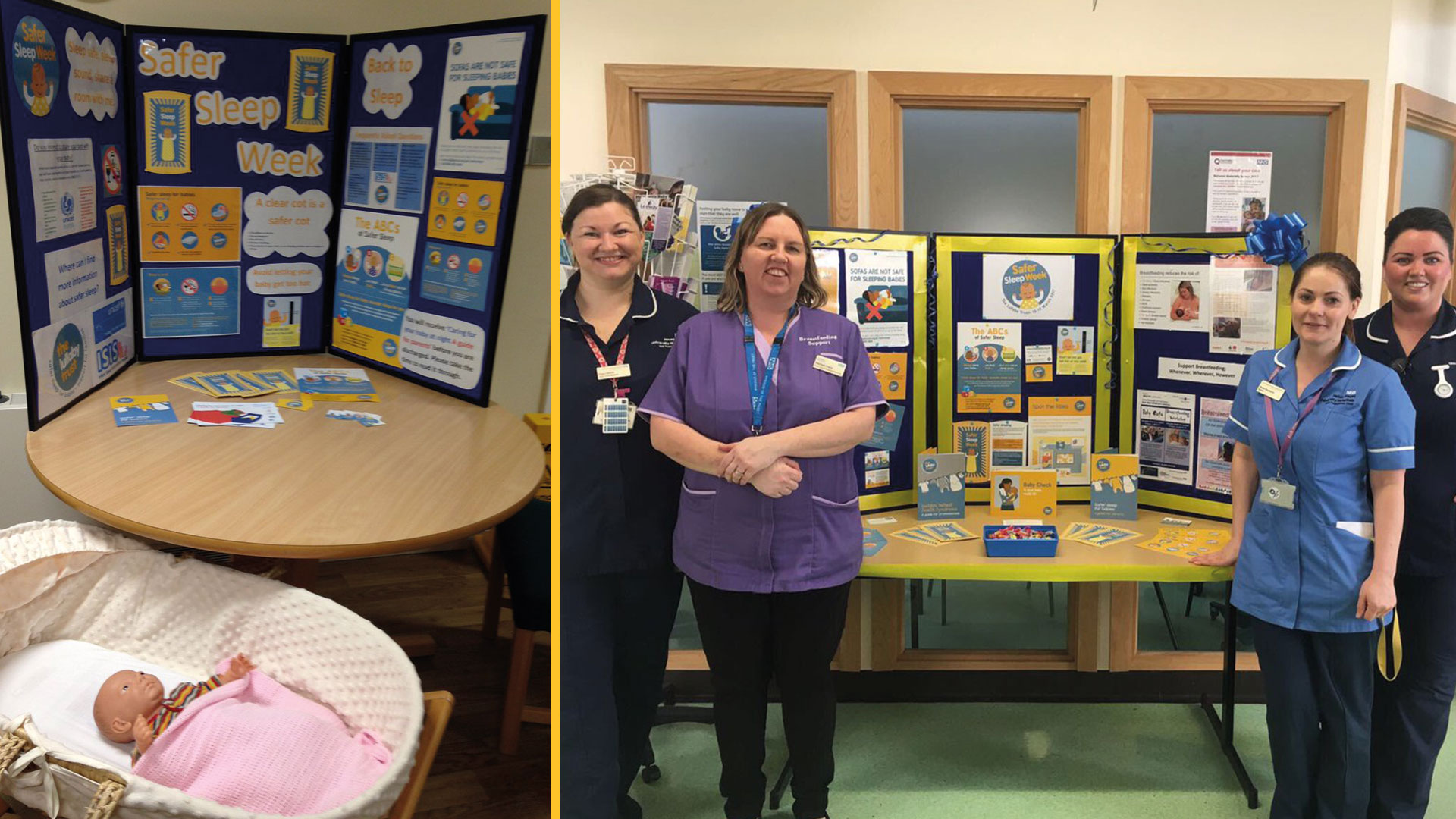 In addition to these fundraising events, many educational events and talks were held throughout the week in order to further educate people of our Safer Sleep message. We sent out 383 Safer Sleep Display packs which included all of our Safer Sleep publications and display posters to multiple health authorities.

We’d like to thank all of our supporters who helped spread the message on social media and through their fundraising and awareness events. Let’s make Safer Sleep Week 2018 even bigger!