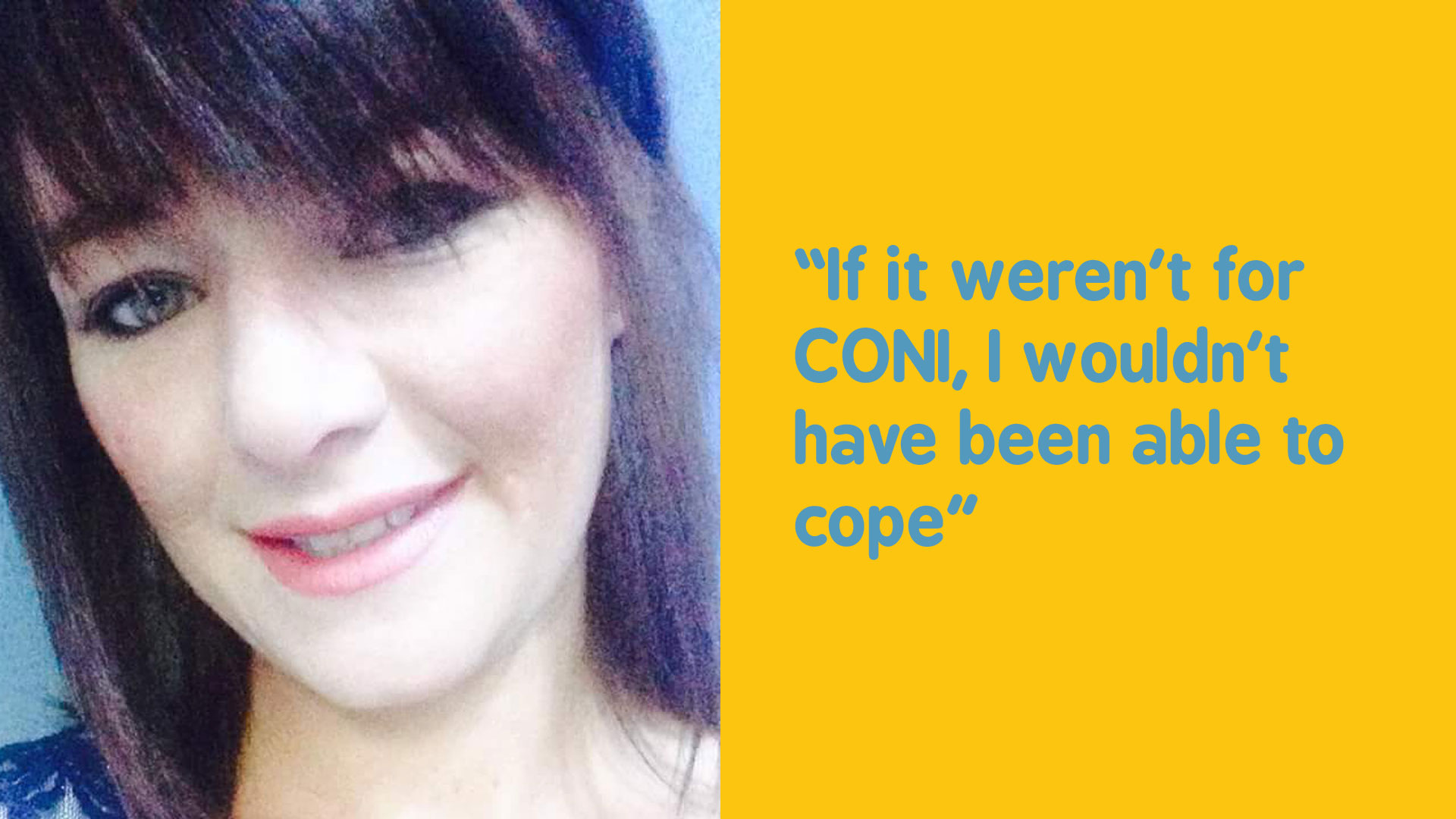 To begin with he’d been a healthy, happy little boy, but then one night something was wrong, he just wouldn’t stop screaming.

At around 8am he fell asleep on the covers of our bed, and two hours later when I woke up, Kyle wasn’t breathing. I immediately put him on the floor and started resuscitation while we waited for an ambulance.

The paramedics arrived but after 40 minutes of CPR, Kyle was pronounced dead.

Kyle’s death was recorded as SIDS. It was really hard for me, and the whole family. Not only were we dealing with the loss of Kyle, but we were struggling with the fact that we were given no answers, no real reason for his death.

I spoke to The Lullaby Trust, who helped me to understand the whole process of what happens when a baby dies, including police interviews, funeral arrangements and counselling. It was The Lullaby Trust that then informed me about CONI when I was pregnant with Eloise in 2007.

If it weren’t for CONI, I wouldn’t have been able to cope during the first few months after Eloise’s birth – and CONI was just as helpful five years later when I gave birth to little Bradley, and then again when I had my youngest, Ava.

CONI gave me access to monitors, provided me with regular checks from a paediatrician, thermometers, and first aid training.

The CONI monitor and the first aid training I received proved to be life-saving when Eloise was five weeks old (the same age as Kyle). She turned blue and became unresponsive. Luckily, the monitor alerted us and we were able to act quickly.

My experience with CONI has been incredible, and I can’t thank the doctors and CONI co-ordinators enough for all their help over the years.