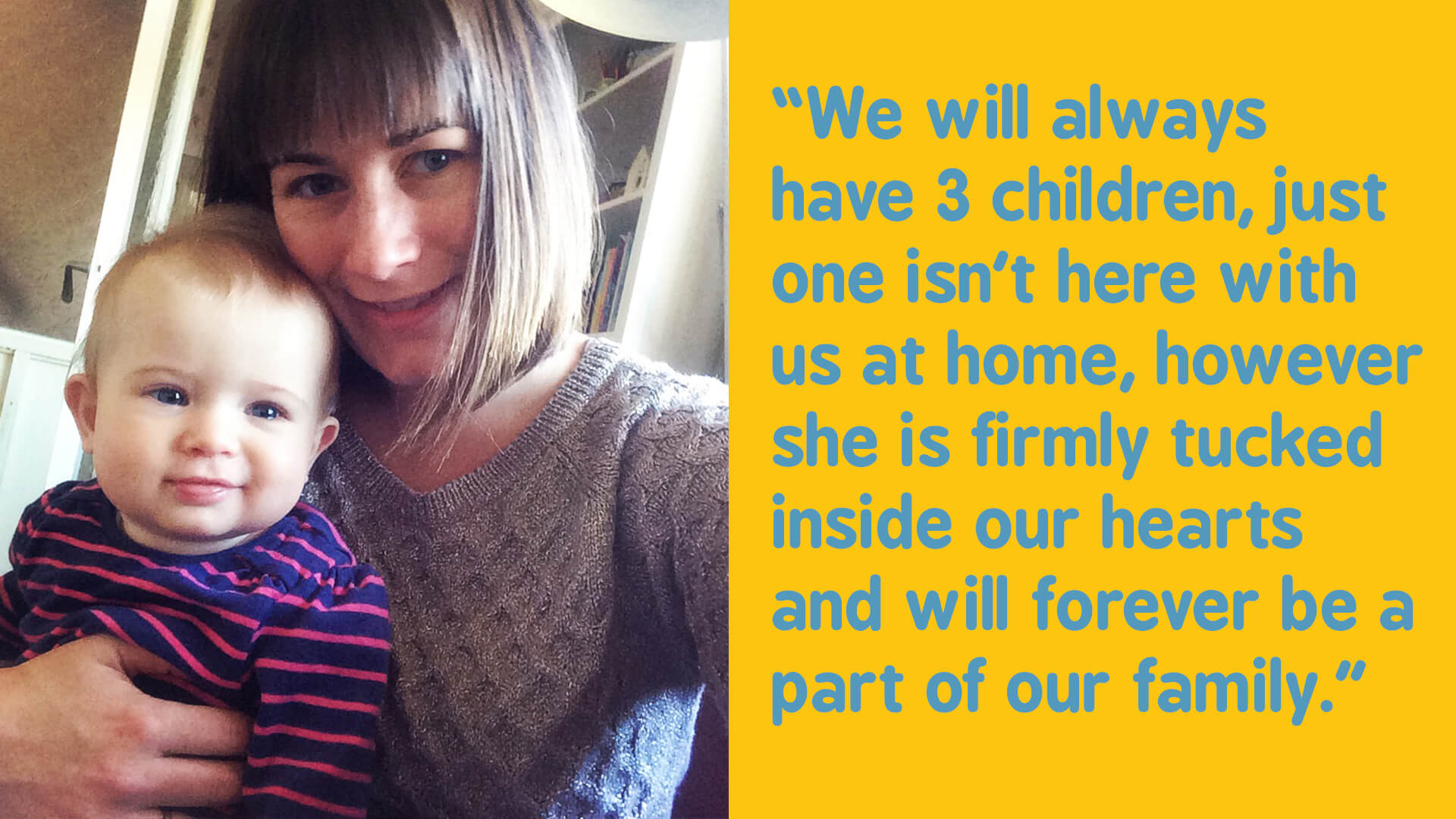 Jessica Rose was born in March 2014, just two years younger than her big brother Jack.  We couldn’t believe how lucky we were to have a baby girl, “one of each” was more than we’d dared to hope for and we felt like we had the world in our arms when she arrived to complete our family.

I had a completely normal pregnancy, a relatively quick and straightforward delivery and Jessica thrived and met her milestones just like her big brother had done before her. I felt so relaxed second time around, as I knew what I was doing this time!

When Jessica was 10 months old I returned to work part time. She started to attend the same nursery as Jack and from experience, I knew to expect a few months of sickness as she shared germs with the other children.

One Wednesday evening I finished work and went to collect Jessica to find she had just fallen ill as I arrived. I took her home and she wasn’t interested in her milk, or anything to eat so I decided to run her a bath to relax her and get her to bed so she could rest. 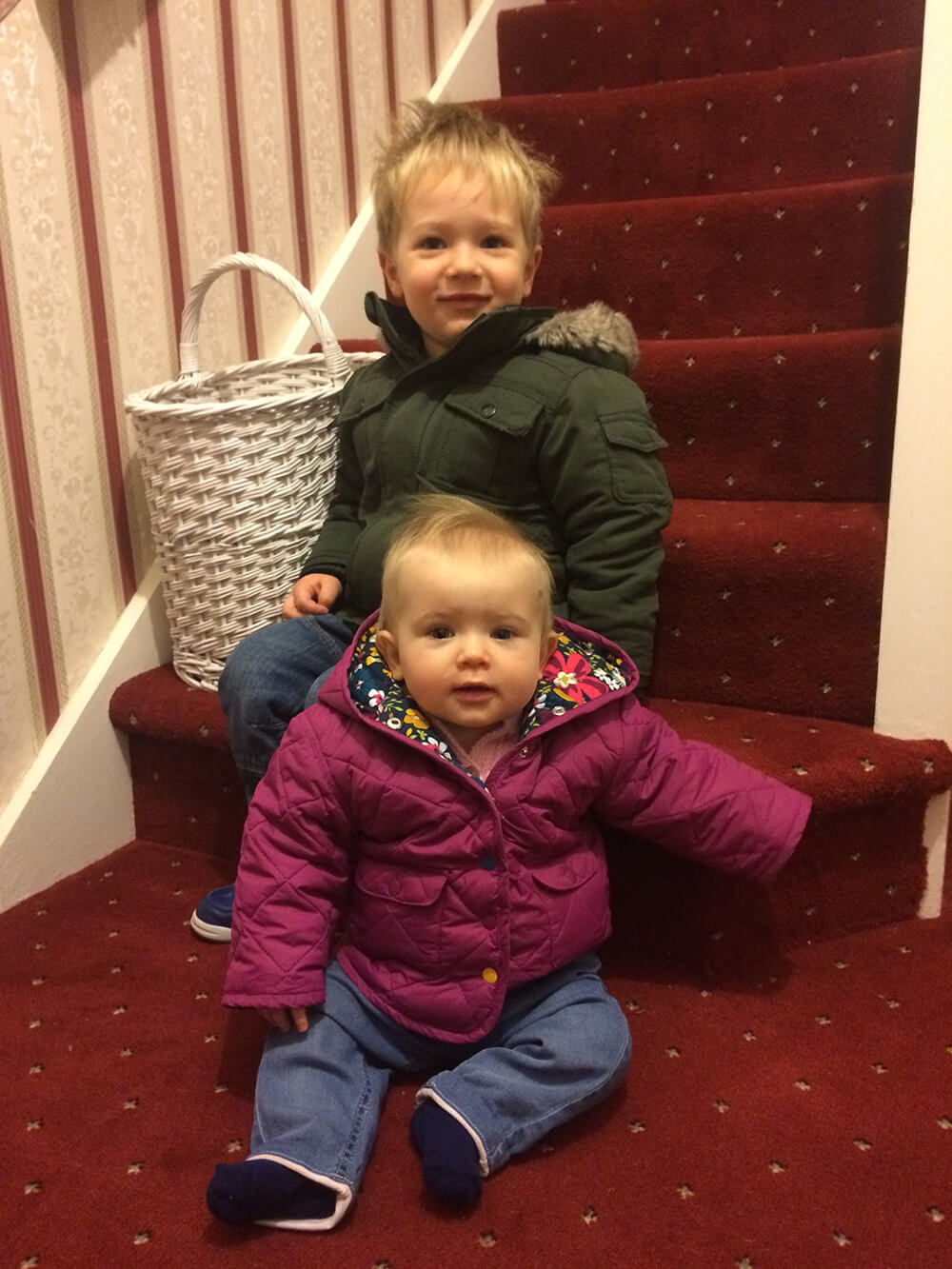 Jessica was always a light sleeper, she would often wake during the night and cry for a moment before going back to sleep, sometimes my husband or I would go in to comfort her if she needed reassurance. At around 5am she woke and cried, she shared a room with Jack so James went in to give her a cuddle and settle her down. I heard her give her usual murmurs and go back to sleep, James came back to bed and we all settled down again.

At 6am Jack leapt out of bed as he does every morning, full of energy and running across the room! I jumped up quickly and pulled their bedroom door shut, relieved that he hadn’t woken Jessica as being poorly she would need her rest. We went downstairs, made a cup of tea and watched the Thomas the Tank Engine DVD Jack had received for his birthday a couple of weeks earlier. 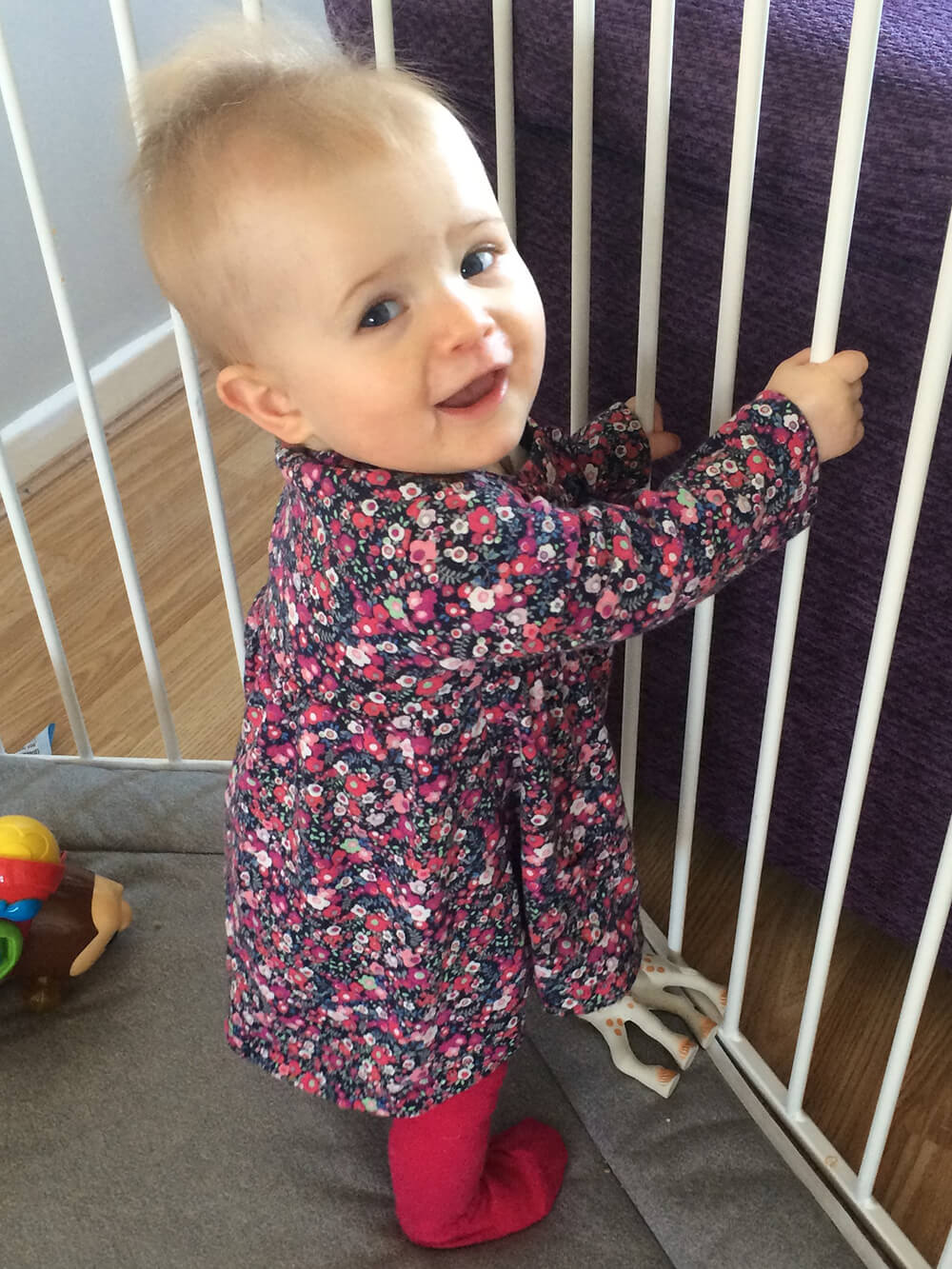 James went upstairs to brush his teeth and get ready for work. When he reached for his toothbrush he knocked over the pot containing the brushes and it clattered into the sink. Concerned that he didn’t hear Jessica stir following the loud noise he went to check on her. On opening the bedroom door he found her face down in her cot and unresponsive. James rushed downstairs with her whilst calling my name and I ran to the door, to find him stood with her in his arms, her face and body were limp, we were terrified.

James passed her to me and made the 999 call, as he gave our details to the operator I carried her to the hallway and laid her down flat on the carpet, taking her out of her sleeping bag and opening her mouth to check her airways, I couldn’t find any obstructions but she wasn’t breathing. At that point James took over and started to give CPR on the instructions of the emergency operator whilst we waited for the ambulance to come.

I called my Mum and asked her to come straight away to look after Jack. Whilst we waited for the ambulance I clutched Jack close and sobbed “please come, please come and fix it”.  When the ambulance arrived we rushed to the hospital and they took her to the resus room. They started to hook our tiny baby up to numerous cables and monitors and worked.

They said we could watch but we went to the relative’s room to wait, I knew deep down what the outcome would be. After a while we were called back in and the doctors explained that they were having no success and they called the time of death whilst we were in the room. It was like watching a TV show, it was so surreal.

Afterwards we weren’t allowed to go home. We handed over our house keys to the police who had to be involved as it was a sudden death of a child. When we did go back we found them searching and photographing the whole house. They took some of Jessie’s things away in evidence bags, it was so upsetting, all we wanted was to be alone to process the shock of what had just happened.

Very soon after Jessica died we were given details of the Lullaby Trust and a local bereavement charity called the Bluebell Foundation. Knowing that Lullaby was there was such a comfort, I would often read stories and information on the website whilst I tried to process what could have happened to our little girl. 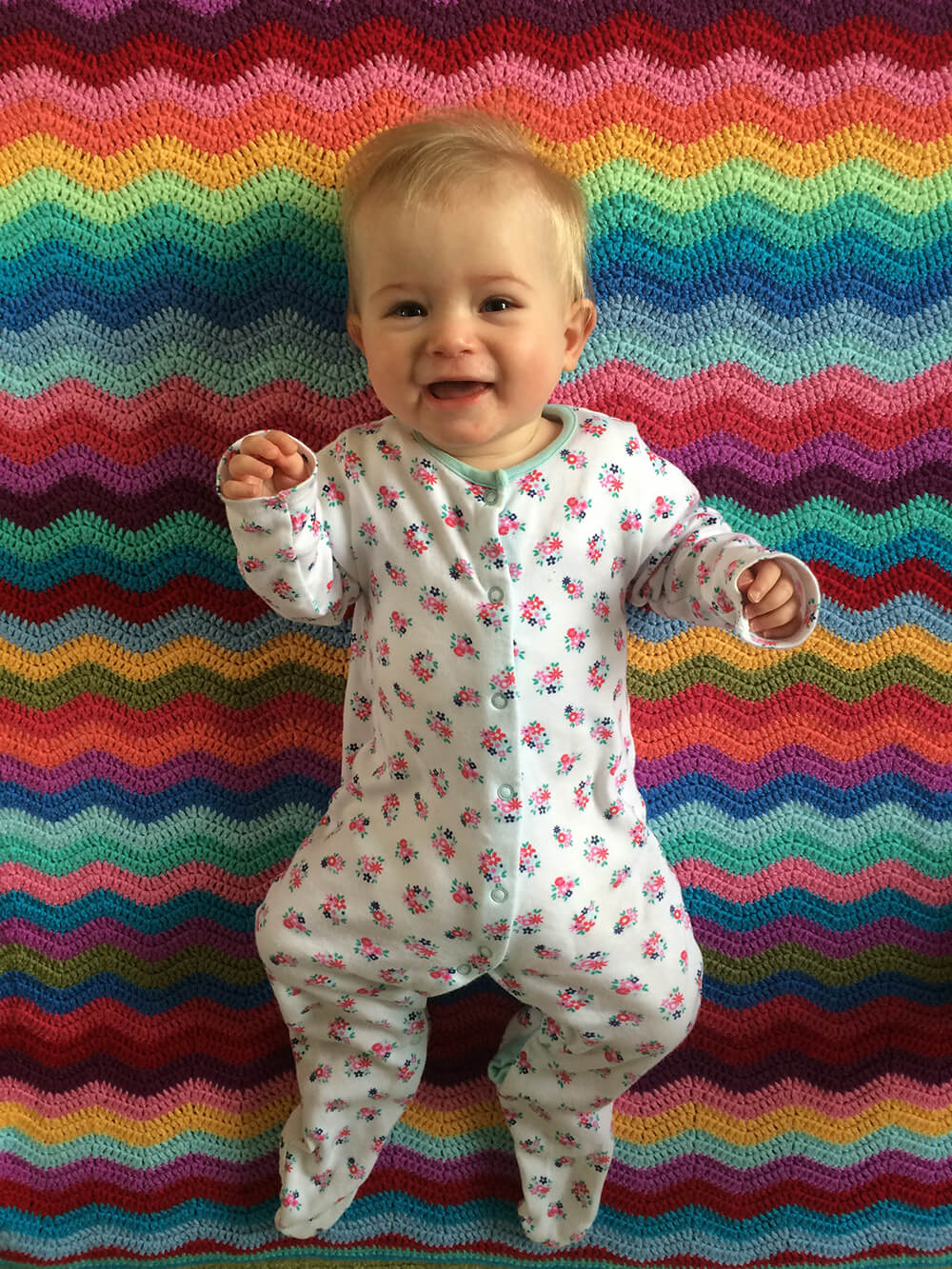 It took 8 months to receive the results of Jessica’s post mortem, which delivered the expected verdict of SIDs. Although not having a reason for her death was hard to deal with, we knew we had done nothing wrong and followed all the safe sleep guidelines. Maybe one day an answer will be found, which is why we choose to support Lullaby with monthly donations and are helping with the latest research scheme.

6 months after that morning, we fell pregnant again and in March 2016 we welcomed another beautiful little girl into our family, Juliet Joy. Whilst losing Jessica has been our worst nightmare, in many ways it has made us stronger. We no longer worry about the small things, we do what makes us happy and we don’t for one moment take what we have for granted.

We will always have 3 children, just one isn’t here with us at home, however she is firmly tucked inside our hearts and will forever be a part of our family.