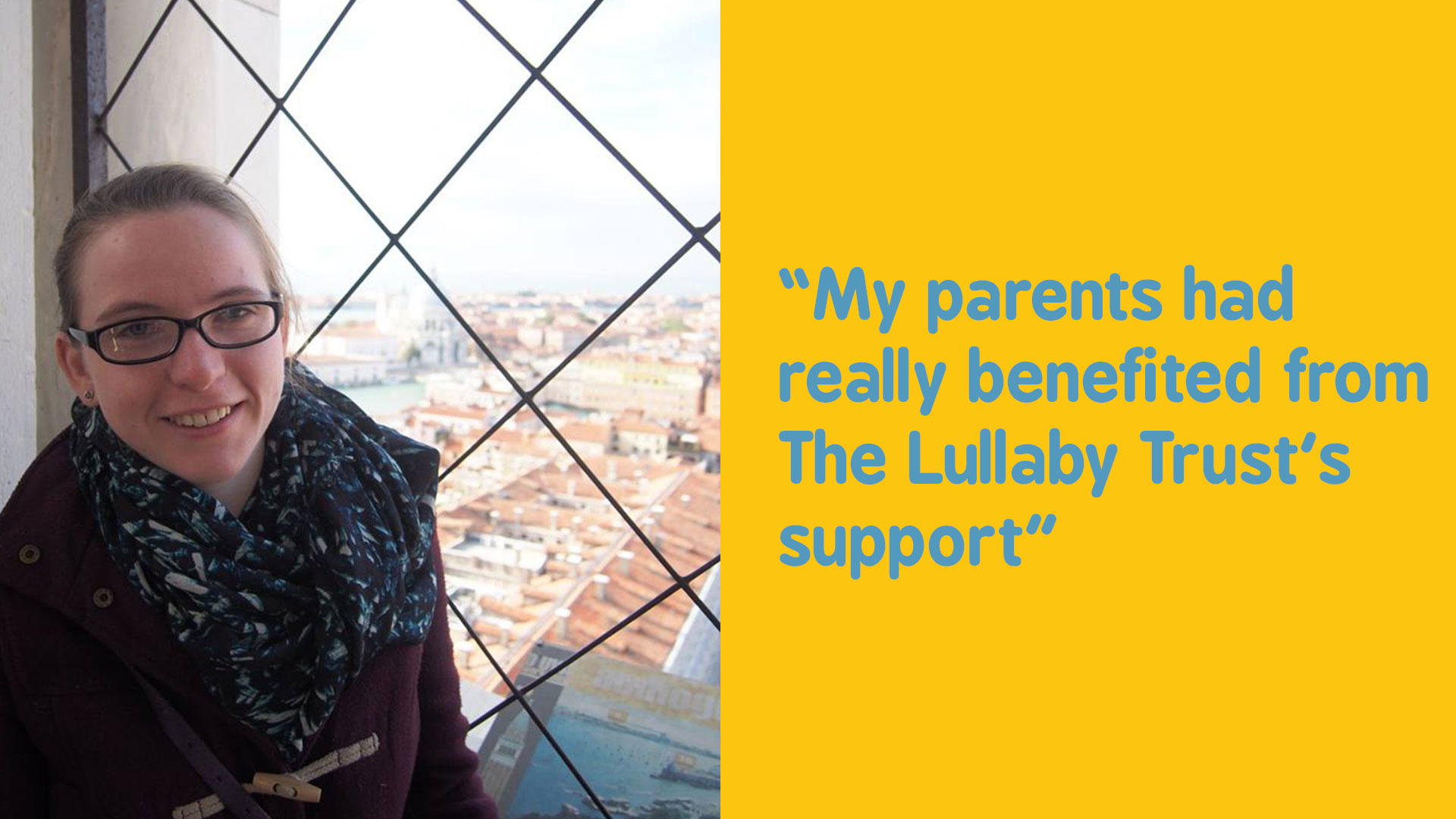 Growing up I always knew our family was different, but it wasn’t until I was about 7 or 8 that my parents told me that I had had another brother who I never knew. My brother Andrew died at 2 months old, before I was born. My parents had really benefited from support from The Lullaby Trust (then known as FSID), being put into contact with other parents who had lost babies in the local area, as well as providing support when I was born through the CONI (Care Of Next Infant) scheme. Through my childhood our family was always planning the next fundraising event for FSID, whether it was jumble sales or sponsored walks, which allowed us to spread awareness of this important issue to our community. I was always amazed as to how strong my parents were, how they had managed to keep our family together despite this tragedy, and their openness about how it had affected them.

I joined the charity as a befriender, as I wanted to help provide support to other siblings who have been affected by SIDS

In 2011 I decided that I wanted to run the London Marathon, and The Lullaby Trust felt like an obvious choice for me as a charity to support. My brother and family were always in my mind and acted as an inspiration through all the long, cold and rainy training runs! After that I joined the charity as a befriender, as I wanted to help provide support to other siblings who have been affected by SIDS, as the emotions can be hard to explain and talk about, and having someone who has been through a similar situation can be very beneficial.