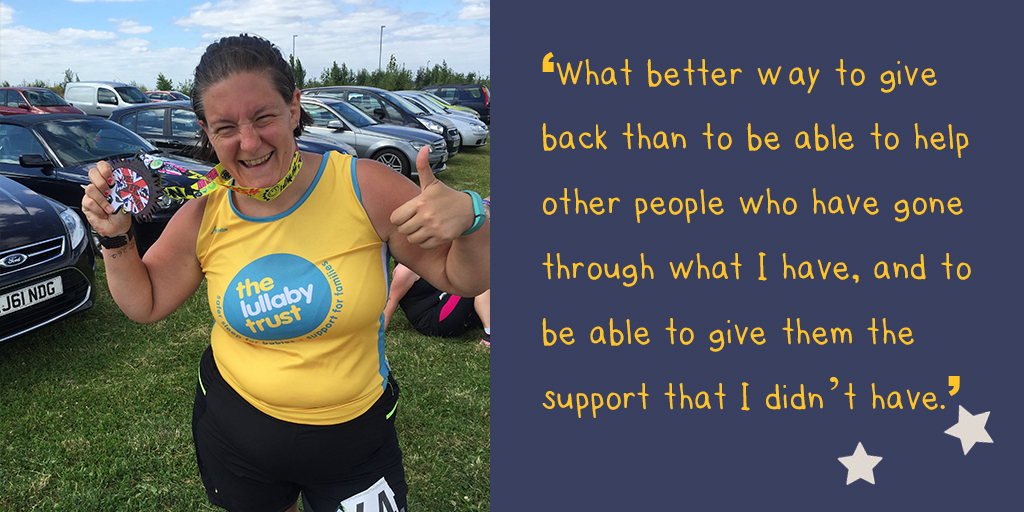 My sister Lisa-Jayne died in October 1988, she was just 3 weeks old, I was 5 years old at the time, and I can tell you everything about that night, the argument my mum had with the paramedics, the gentleman that was already in the ambulance with a broken leg, but it was a specialist neonatal ambulance so the crew were asked to attend. Then when we came back to the house the police – they were everywhere. My brother (he turned 7 the day after Lisa died) and I spent the next few days with our grandparents while mum and dad answered lots of questions from police and other people. I don’t remember having any support – it was all geared towards my parents – what they needed, how they were coping (they were put in contact with FSID as they were known then) – my brother and I were mostly left to just get on with it!

When I fell pregnant with my eldest I remember feeling that she was going to be taken away from me, just the same as my sister was. I had a chat with the support team at The Lullaby Trust, and whilst I was offered to be put in contact with a sibling who had gone through the same as me, I decided not to take up the offer at that time.

In October 2015 having had my second child a year earlier and due to a change in circumstances meant I have some time on my hands and I wanted to do something to give back. I saw The Lullaby Trust wanted to expand their befrienders – what better way to give back than to be able to help other people who have gone through what I had – to be able to give them the support that I didn’t have….

You will normally find me at the London area family days with my 2 children sporting yellow t-shirts.