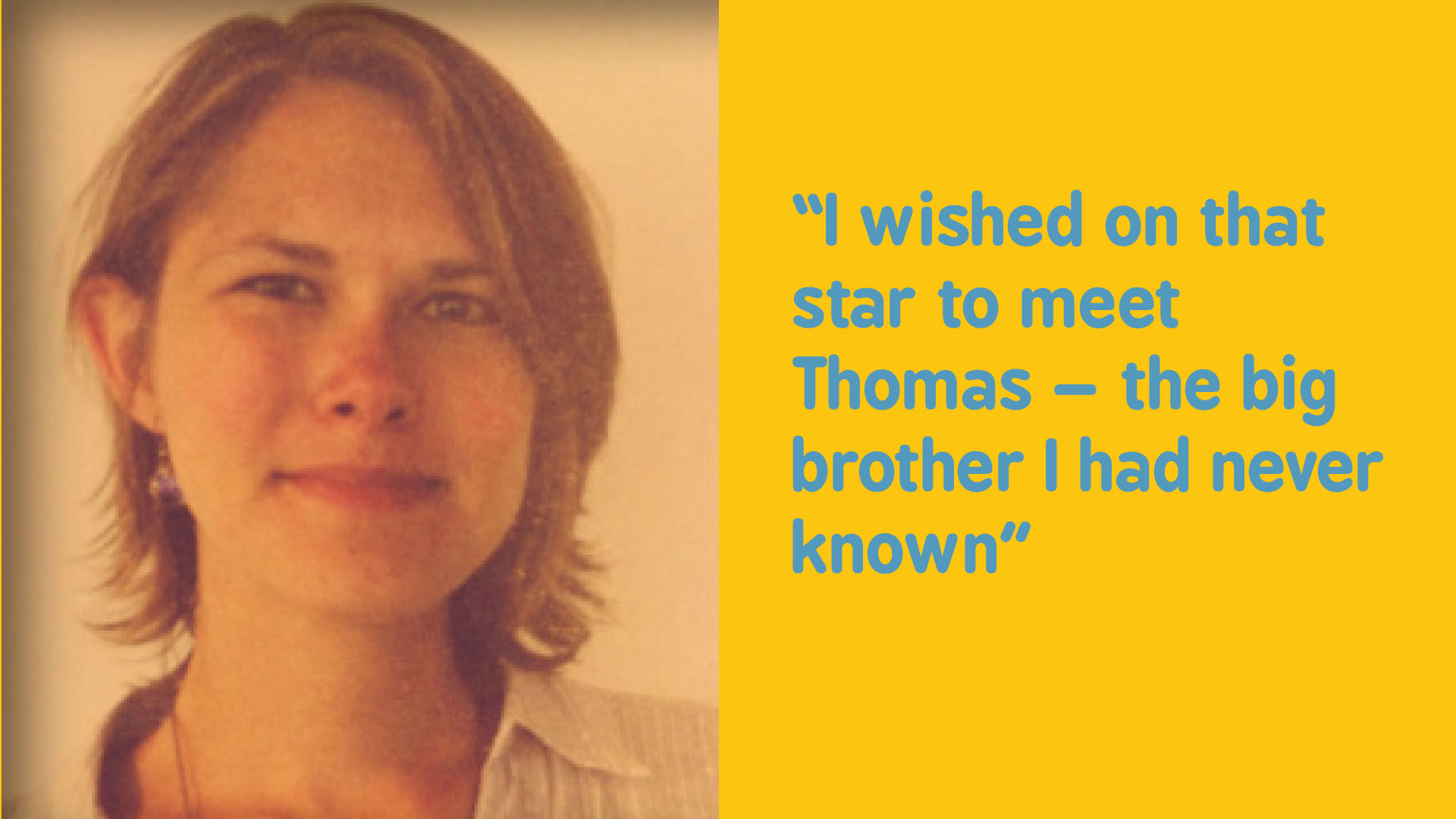 When I was seven, I won a prize for a poem I wrote at school. I don’t remember the exact words but it was about a star and the last word was ‘please?’ written in big pencil letters. I wished on that star to meet Thomas – the big brother I had never known, but who, in my mind, was the coolest big brother anyone could wish for.

Like many parents, Mum and Dad never found out why Thomas died in 1987 when he was six weeks old. His post mortem was completely normal – they just found him cold one morning.

We talked a lot about Tom when my brother Sam and I were growing up and because I was on the CONI (care of the next infant) scheme, Dad used to joke that I looked like an alien as a baby, with monitors attached to me.

When I asked my mum how she felt ‘caring for the next infant’ she said that having a monitor and knowing that she was in control meant everything. Once, she said, when I was two months old, my monitor suddenly went off; she had the terrifying sense of panic that it was all happening again. But at the same time, that monitor had alerted her. After the panic came relief, and with it the knowledge that she had been in control. That, she said, made all the difference.