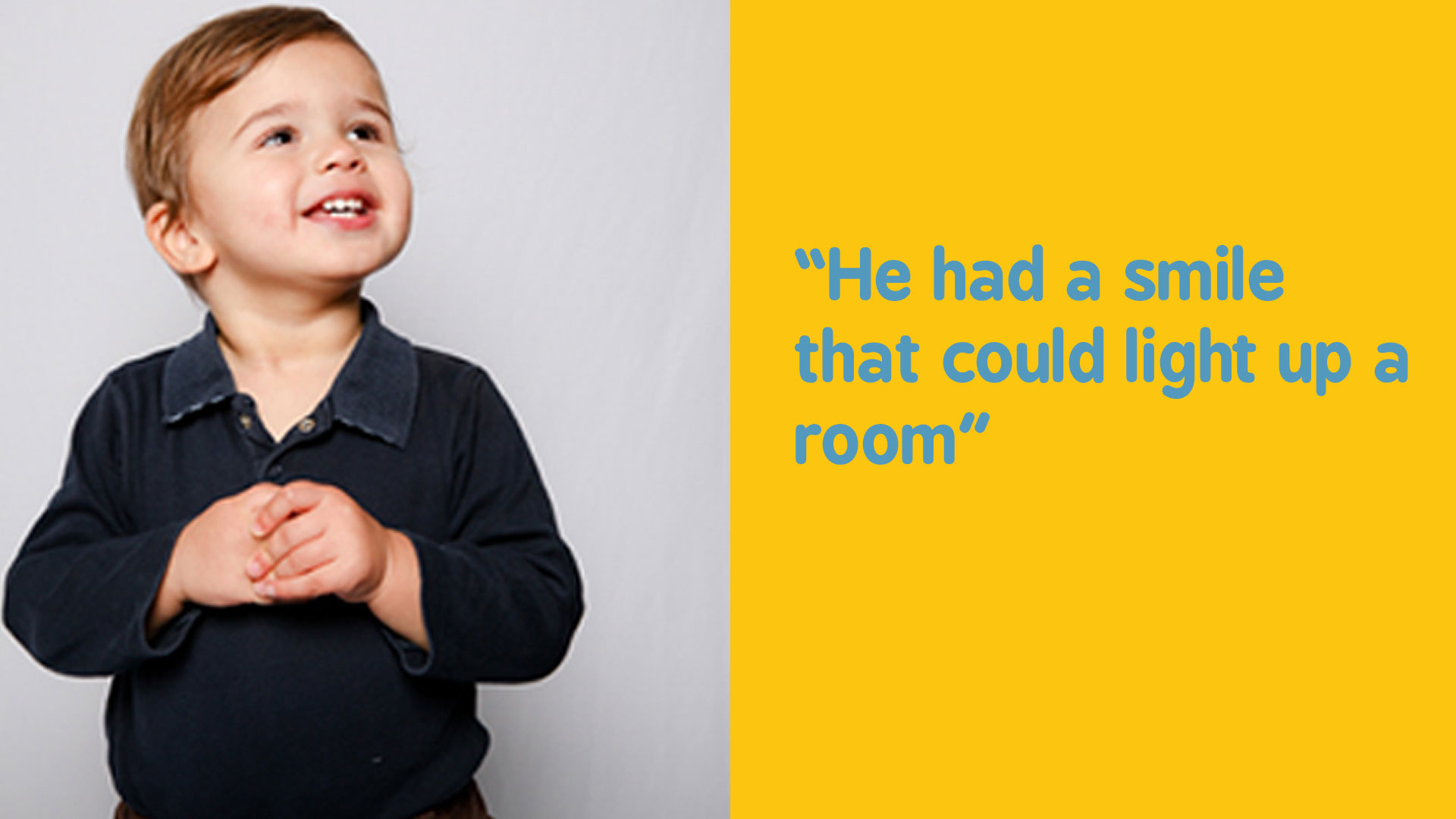 Rex was the youngest of our three children, Ella 10, Monty 4 and Rex 21 months old. He was a gregarious happy toddler who attracted an audience wherever he went. He had a smile that could light up a room and a contagious giggle that will never be forgotten. His siblings adored him and were looking forward to growing up with him and sharing their future together.

The week Rex passed away, both boys had been suffering from a viral infection, Rex seemingly less so than his 4 year old brother Monty. In the early hours of Saturday morning we were woken by Rex. He was hot and bothered with a slight temperature. I took him downstairs and tried to calm him. He persistently called for his Daddy so Paul joined us as we all squeezed onto the sofa. With his arms tightly around us both, Rex was finally content. The significance didn’t hit us until his unexpected death only hours later. At least we had had those special few hours holding him together.

The support we received from The Lullaby Trust, The SUDC Foundation, family and our local community has been nothing short of amazing and we are forever grateful.

That morning, we were all tired from a broken night’s sleep, but Rex was still well enough to be jumping off the sofa onto a beanbag beaming ‘to infinity and beyond’ from his favourite film ‘Toy Story 2’. He went down for his daily afternoon nap as usual. When we went to wake Rex from his sleep we were confronted with every parents’ worst nightmare – Rex wasn’t breathing. Despite the best efforts of the first responders, an air ambulance crew, and the staff at the Princess Royal hospital in Farnborough, Rex was pronounced dead a few hours later.

The support we received from The Lullaby Trust, The SUDC Foundation, family and our local community has been nothing short of amazing and we are forever grateful.

Whilst sitting in the A&E cubicle with my darling Rex in my arms for the last time, I promised myself that I would dedicate the same amount of time I would have dedicated to him in life to him in death. I am intent on making our inconceivable unexpected tragedy into a triumph remembering our beloved happy Rex.

Advocacy and fundraising for SUDC is key. With the incredible support of friends, family and total strangers we have raised £80k to help fund the first 2-year SUDC research project by Professor Neil Sebire at Great Ormond Street Hospital through The Lullaby Trust and The SUDC section of The Oasis Study by Prof Fleming. SUDC is such an under-researched area, and anything we can do to stop another toddler from suffering the same fate, as our beloved Rex is a positive. We have also raised approximately £40K for The SUDC Foundation, an International charity based in the U.S. I am now in touch with a number of UK SUDC families and we stand united in our desire to raise more awareness in the UK, more funds and ultimately more new UK research into why children are dying without explanation in the 21st Century.

Always remembering Rex, a little boy who wants to make a difference to make SUDC predictable and preventable www.sudc.org/rex