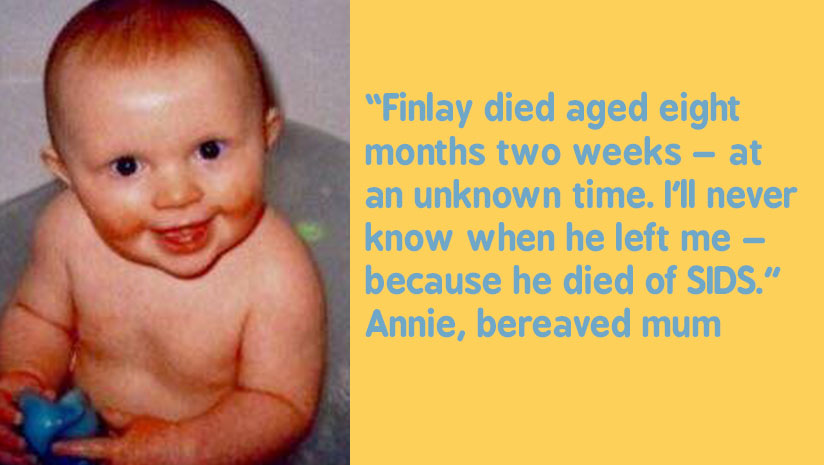 “My mummy ran the London Marathon for The Lullaby Trust in April 2010”. Sadly, only one of my children will ever say these words.

My life changed forever on Mother’s Day 2005, five years before I struggled through that London Marathon with Finlay’s Godmother Josie.

Finlay Thomas Carmidy McCaffery died aged eight months two weeks – at an unknown time. I’ll never know when he left me – because he died of SIDS.

I opened my eyes and knew. It was 8am and I’d been up with him at 4am and lifted him into our bed. He was a bit snuffly and restless – he just wanted cuddles! I did what I’d done every night with him, settled him, kissed him and said ‘sweet dreams my baby, I love you’. I lifted him out of his cot and we fell asleep together. Him on my left in his wee special ‘grow bag’ and me way over on the right hand side of the bed with one ear open for them both (Kirsty was 28 months at the time. Too young to know, but forever lost since without her wee brother).

I swear I knew he had gone before I turned to look at him. I remember a feeling of dread and hopelessness. He was 10lb 2oz at birth, so he was a big boy at this point – massive for his age – a big, healthy, happy, smiley, clingy, beautiful boy who should have been climbing on me, waking me up before I really wanted to open my eyes…

I turned around to lift my Finlay. My beautiful baby boy. Gone. How can you describe it? My heart is literally broken in half. Only those who have experienced baby loss know the sense of devastation and the horror I felt. I carried him downstairs to the paramedics only to beg them to leave his lifeless body alone. I just wanted to hold him. I knew it was cot death. I just knew.

One of the worst things I remember is the police in the house – raking through the bins and taking his food. They had to treat it as a ‘sudden death’ – the memory of the high viz jacket on the bannister will never leave me, as will the feeling of guilt. My baby is dead, I want to be sick, I want my family back to the way it was. My poor partner Gavin was in Spain – he never held Finlay again. 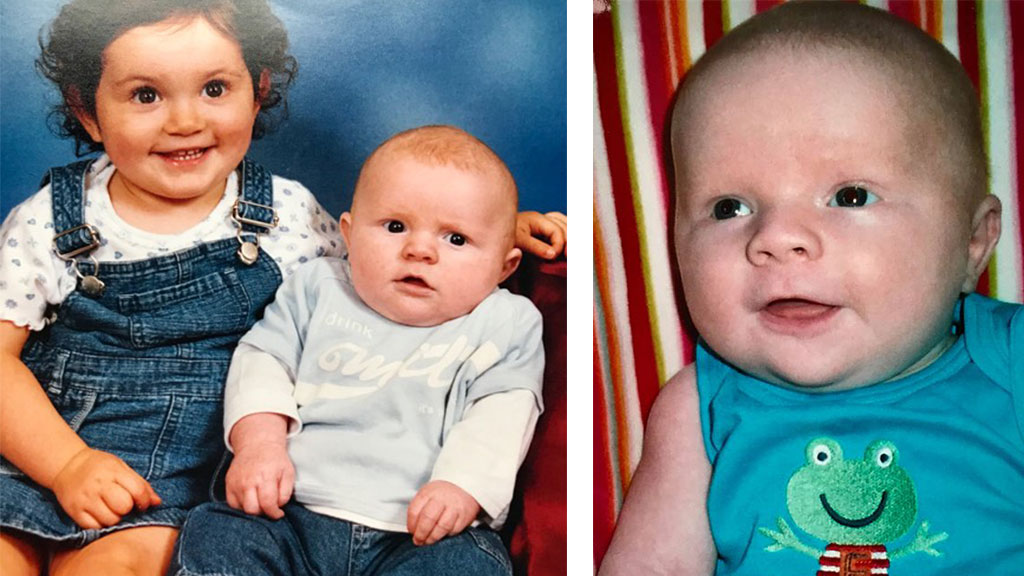 My poor darling little Kirsty stood at the end of the bed and watched the devastation of her brother dying. I’ll never know the effect it had on her really.

Sadly, three months later we had an ectopic pregnancy and the decision was taken from us – we’d never have another child.

I called The Lullaby Trust Helpline. If it hadn’t been for the person at the end of the phone I’d never have got through it during the initial few weeks. I needed to know other people had been through the same loss and eventually recovered. When Finlay died I remember lying on the floor of his bedroom thinking I would never be able to lift my head from that position, I felt I’d never been able to recover. But five years later I ran the London marathon. I’ve learnt to live with a sense of loss. I’ve accepted that my life will never be the same again and I think of Finlay every day. His birthday is a difficult time, as is Christmas, Mother’s day, this list goes on. But hard as it is to believe at the time, it does get better.

I ran the London Marathon five years after losing a baby to SIDS and Finlay was with me every step of the way.