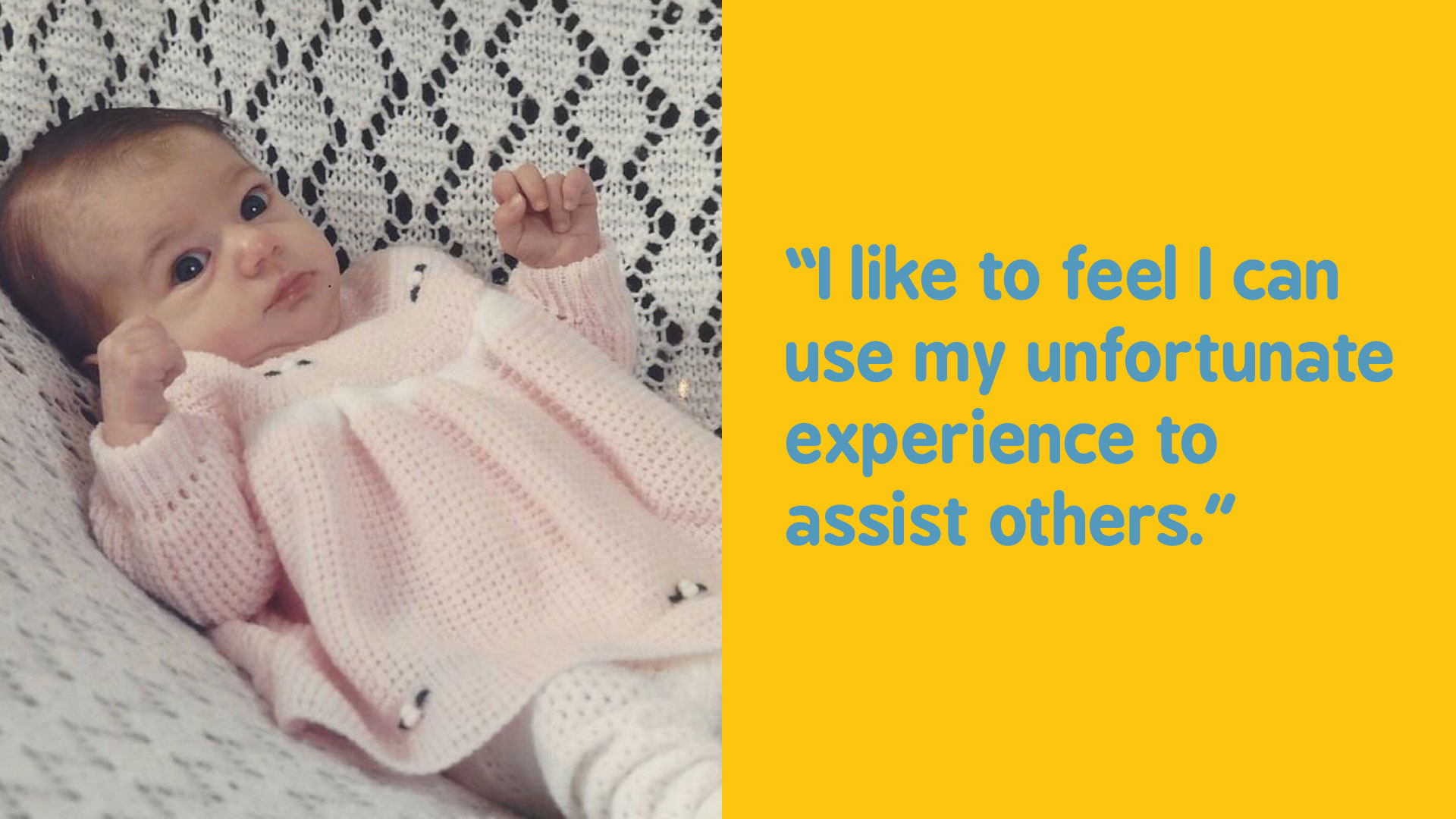 My daughter Louise Emma died on January 2 1986 at the age of 10 weeks. She is very much written into our family history, her short life always acknowledged.

My son, Simon, got married last year on what would have been her 31st birthday. She was remembered in the bidding prayers during the Church service, read by my daughter, Sarah. I was struck later by the poignancy of having gained a daughter-in-law on the same date I had given birth to a daughter 31 years previously.

I regularly attended support meetings in various people’s homes, struck by how many families had been similarly bereaved

A few weeks after Louise’s death, I made my initial phone call to FSID, the charity which later became The Lullaby Trust. I was listened to with sympathy and given the contact details for the local support group in my area. I regularly attended support meetings in various people’s homes, struck by how many families had been similarly bereaved. In time, on moving to a new area, my husband and I hosted regular support group meetings in our own home, as well as being involved in local fundraising for the charity.

Having been blessed with another two daughters since Louise’s death, I feel very privileged. They have grown up with the knowledge they had an older sister. In recent years, they have competed in the Great North Run and Berlin Marathon, to raise funds for the Lullaby Trust in her memory.

For many years, I have been a Befriender and also covered the Helpline. I like to feel I can use my unfortunate experience to assist others who find themselves adjusting to the death of their baby. It is gratifying to know that these days, there is so much more awareness of SIDS, since the Back to Sleep campaign in the early 90s.There is more information online and in printed leaflets, so messages about safer sleep for babies are more widely promoted, especially by The Lullaby Trust.

It is heartwarming to know that fewer babies are dying from SIDS than ever before.