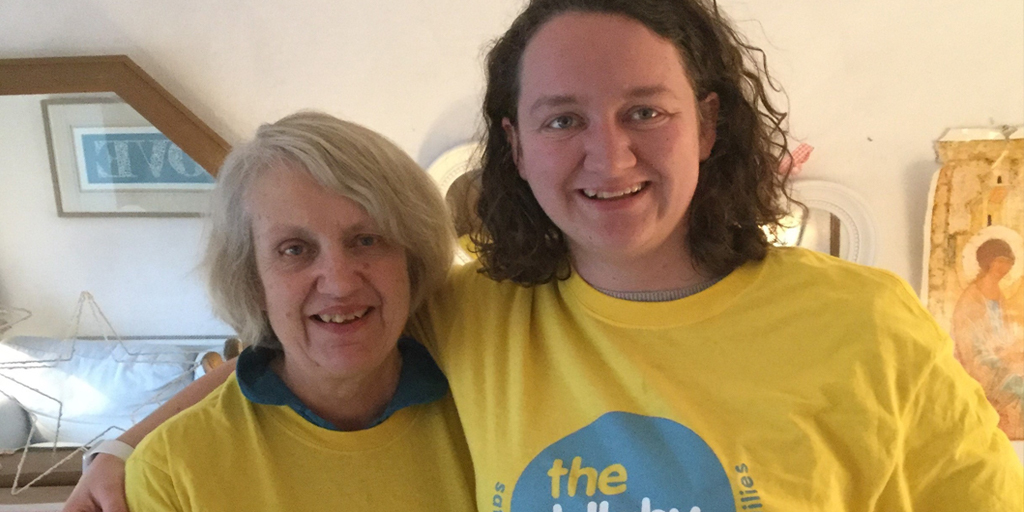 Andrea, who completed the challenge, shares her experience:

“My daughter Rachael and I decided to take part in The Lullaby Trust’s Feb 50, in memory of my daughter, and Rachael’s sister Lucy. Lucy died at the age of 8 months from SIDS in 1990, and this year on her birthday on Feb 13th she would have been 30. We were given such wonderful support by the Trust, as a family, including advice to help Lucy’s older sister Kim who was just five at the time. When Rachael was born one year later, she became one of the earlier babies to be supported through the CONI scheme.

I had a knee replacement just over two years ago, and had been referred to the gym, something I  never done before, so for the challenge I decided just to count the activities I did at the gym: walking, biking and rowing. Soon after I began the challenge I decided I really would love to complete it on Lucy’s birthday which meant just taking 13 days rather than 29!! I shed a few tears when with a final 1m on the rowing machine, I did just that! Rachael completed 100km by walking and rowing and not to be left out I was challenged to complete 100km too which I did!!

The Lullaby Trust challenge has helped in other ways too. I for the first time have revisited pictures of Lucy with smiles rather than all tears and Rachael has also shared in this and we have been able to share and talk about her sister. Thank you to all of Team Lullaby.”