The Lullaby Trust work with leading doctors from the very best hospitals in the UK; our team of scientific advisors are experts in the field of sudden infant death syndrome (SIDS) and infant health and provide invaluable knowledge and advice to our staff.

Our trusted team bring a wide range of experience, ensuring we always have an expert to call upon with the most complex questions about SIDS. 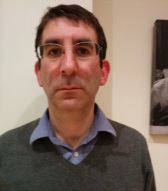 Justin Daniels is a Consultant Paediatrician at North Middlesex University Hospital. He qualified as a doctor at Nottingham University and then trained as a Paediatrician in London. He was appointed to his current job in 2004. His clinical interests are in Paediatric HIV, Paediatric Dermatology and child protection. He became interested in sudden infant deaths because of the number seen at his hospital. He is the designated doctor for child deaths for the London Borough of Enfield . 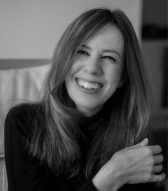 Marilena Korkodilos is Deputy Regional Director for Specialist Public Health Services at PHE (London), which she joined in 2013. She qualified in medicine from University College London Medical School in 1994. After registration, she worked in paediatrics and subsequently the Confidential Enquiry into Stillbirth and Deaths in Infancy, which identified many risk factors for SIDS that have contributed to the huge fall in rates since the 1990s. 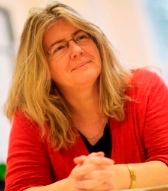 Prof Ball’s research examines sleep ecology, particularly of infants, young children and their parents. She has conducted research in hospitals and the community and contributes to national and international policy and practice guidelines on infant care. She pioneers the translation of social science research on infant sleep into evidence for use by parents and health care staff via the Infant Sleep Information Source Website. In 2018, Prof Ball was awarded the Queen’s Anniversary Prize, the highest accolade for an academic institution in the UK, for ‘Leading influential research on parent-infant sleep with a widely-used public information service’. She is also Chair of the Lullaby Trust’s Scientific Committee. 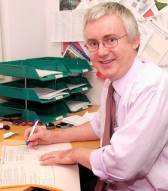 Paul Davis trained in Cardiff and completed a GP training scheme in South Wales before specialising in Paediatrics. He developed an interest in child protection and neurodisability as well as SIDS during his training years and has been a consultant paediatrician in Cardiff since 1993, covering acute general paediatrics as well as Community Child Health. His clinical ‘patch’ includes a large socio-economically disadvantaged area with a high SIDS rate and he is committed to trying to reduce the risk of SIDS in more disadvantaged groups. He has run the CONI programme in Cardiff since 1993 and publishes occasional papers on SIDS and child protection topics.

Our Scientific Committee is composed of professionals with expertise in SIDS from a range of disciplines, including paediatrics, pathology and epidemiology, as well as a bereaved parent representative.

They generously volunteer their time to meet review research applications based on their scientific merit and relevance to our work, and make recommendations to our Board of Trustees. They meet together at least once a year.

The Scientific Committee also take the views of our Lay Panel into consideration, which is a body of bereaved family members who kindly volunteer to review applications and share their opinions.